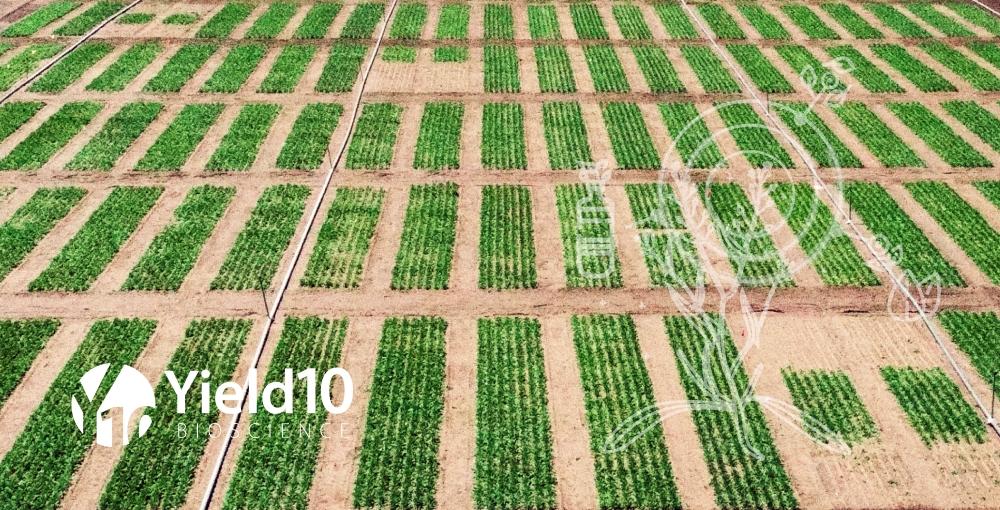 The oilseed Camelina has tremendous potential in North America as a new platform crop for producing decarbonizing seed products. This crop is at an early stage of development, similar to where rapeseed, the forerunner of modern canola was in the 1970s before its development of the canola quality trait and development of herbicide tolerance enabling no-till farming. The industrialization of Camelina is being accelerated by taking advantage of the genomic knowledge gained over the last 30 years, modern tools for accelerated plant breeding and an emerging more positive regulatory environment for the use of genetic engineering technologies. In addition, new economic drivers with the potential to enable farmers to add more value through “carbon farming” where they may be able to create and monetize carbon credits are emerging and this is reflected in the $20 billion of new US funding for climate-smart agriculture included in the Inflation Reduction Act of 2022.

Yield10 is the world leader in deploying advanced crop innovations and technologies to industrialize Camelina as a new, large acreage crop for spring and winter planting and, given its current stage of development, is factoring these new farm economic drivers into our development programs. We are designing new varieties to maximize carbon capture and produce decarbonizing seed products.

We are currently driving the development of herbicide tolerance to enable best practices for growers including no-till farming which reduces or improves soil carbon loss. In late 2020, Yield10 initiated an intensive effort to develop herbicide tolerance traits in Camelina. We were delighted to announce on August 10 that we have confirmed that the program remains on track to achieve the significant milestone of identifying and selecting herbicide tolerant spring Camelina lines for seed scale-up and future commercialization.

We are convinced that growers will need a robust herbicide package to plant Camelina as a commercial crop on large acreage. We envision a package to protect Camelina from over-the-top spray weed control application for broadleaf and grassy weeds. In addition, based on typical farm practice, Camelina will have to display tolerance to soil residues of Group 2 herbicides left over from the growth of previous crops.

In our spring 2022 field testing program we are evaluating over 30 candidate Camelina lines that have been engineered for tolerance to over-the-top spray of a commercial broadleaf weed herbicide.  As we reported in August, our R&D team has observed good herbicide tolerance to an established broadleaf herbicide at 1 or 2x the spray rate that is typically commercially applied to herbicide tolerant canola. The over-the-top spraying consisted of 2 spray applications of the broadleaf herbicide at different times of the Camelina growth cycle.

Yield10’s herbicide tolerance events tested have exhibited good tolerance in the field plots, including the events produced in the E3902 germplasm background. Following seed harvest, we will collect the seed yield and oil content data for these trials to identify the best events to bring forward in Yield10’s pipeline for seed scale-up.

These field trial results indicate that we are well on track to identify lead and backup lines for broadleaf herbicide tolerance for commercial development and regulatory approval. This year, Yield10 has verified broadleaf herbicide tolerance in the company’s engineered Camelina events both in the greenhouse and the field. Regulatory efforts have also been ramped up for the over-the-top herbicide tolerant lines based on the positive test results obtained this year. We have also anticipated the next steps in the development program, which includes contra-season fieldwork this winter for product development trials and seed scale-up, and 2023 spring fieldwork for product development and herbicide label amendments for Camelina.

Additionally, Camelina is highly susceptible to the presence of Group 2 herbicide residues in soil. Imidazolonones (IMIs), and sulfonyl ureas (SUs), specifically, are used extensively in the regions that we are currently targeting for Camelina production. Soil residues have the potential to persist in the soil and impair the emergence and growth of Camelina. Yield10 previously licensed a Camelina line from a third party that has tolerance to IMIs.

The following images show that the IMI tolerant line has normal growth in the presence of IMI soil residues applied to the soil at 1 or 2x the commercially used rates, whereas the control line shows impaired growth.

We are also currently developing broader Group 2 herbicide soil residue tolerance for both IMIs and SUs that will expand the acreage for Camelina growth, by stacking these traits for Group 2 soil residue tolerance with the traits for over-the-top herbicide spray tolerance. To date, our research team has successfully stacked both herbicide tolerance traits into the company’s best germplasm, and soon, the conduction of IMI and SU soil residue tests in the greenhouse will take place. Should the identification of stacked herbicide-tolerant plants be successful, Yield10 plans to initiate the regulatory process and transporting plants into field trials in 2023.

Controlling grassy weeds is also important for commercial crops. We believe that Camelina may be naturally resistant to certain class of herbicides used to control grassy weeds. We will be testing our lines for this herbicide resistance in the coming months to confirm this activity.

We believe that successful deployment of a robust multi-herbicide package in Camelina would make this crop attractive to growers and support our commercial and market plan to launch Camelina as a platform crop, with a near-term focus on the biofuel feedstock market.

We acknowledge the tremendous effort of the Yield10 R&D team that led to the generation of herbicide tolerance events in Camelina and the encouraging results we have seen to date in our greenhouse studies and field trials.