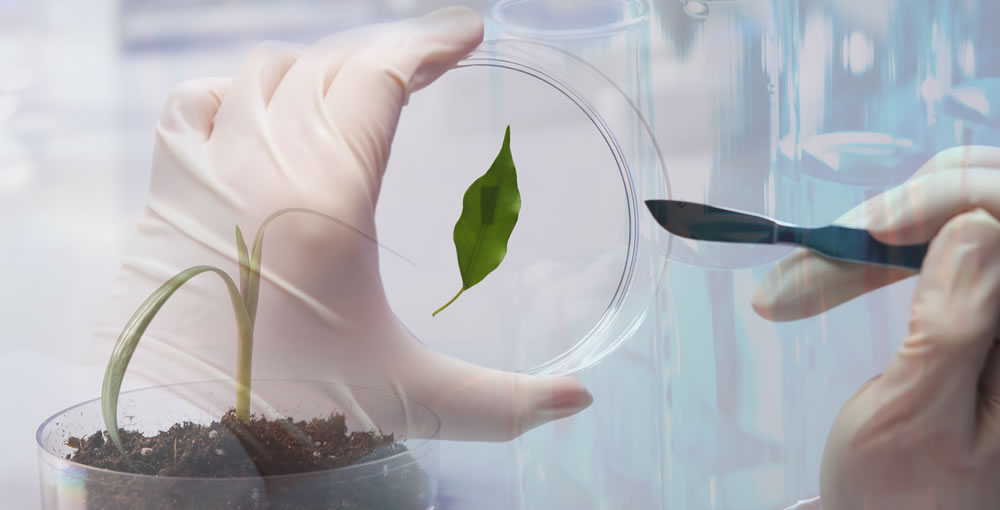 What is CRISPR genome editing?

CRISPR is short for Clustered Regularly Interspaced Short Palindromic Repeats and according to the internationally recognized Broad Institute of MIT and Harvard, it can best be defined as:

...the hallmark of a bacterial defense system that forms the basis for CRISPR-Cas9 genome editing technology. In the field of genome engineering, the term CRISPR or CRISPR-Cas9 is often used loosely to refer to the various CRISPR-Cas9, -CPF1, and other systems that can be programmed to target specific stretches of genetic code and to edit DNA at precise locations. With these systems, researchers can permanently modify genes in living cells without the use of foreign DNA.

In laymen’s terms? CRISPR is a potentially game-changing technology in both agriculture and human biology that allows the development of new crops with new compositional and performance profiles as well as treatments for previously intractable genetic diseases.

Think of CRISPR technology as a pair of molecular scissors that allow scientists to make precise changes to the plant genome—the genetic makeup of an organism—such as a deletion to inactivate a specific gene, or an insertion of plant DNA to add a trait or functionality to the plant.

Over the past few years, there has been significant interest from the scientific and investment community in the use of CRISPR for both therapeutic and agricultural applications. As is often experienced in the biotechnology industry during periods of innovation and progress towards commercialization, the agriculture sector is currently undergoing a period of excitement as well as reflection surrounding its own recent technological advancements.

Today, the discussions and debates surrounding advances in agriculture have evolved, leading many to weigh the pros and cons of technologies like genetically modified organisms (GMOs), and the use of organic versus non-organic agricultural methods, allowing the conversation and respective concepts to progress into consumer consciousness and the grocery aisle. Now, the concept of genome editing a plant’s actual biological makeup using a precise method such as CRISPR is becoming more prevalent in the agtech and food industry conversation.

The development of new plant varieties requires consecutive rounds of crossing and selection that introduce genetic variation producing plants with desired combinations of characteristics. A limitation to this conventional breeding is the amount of time required to identify, cross, and select those characteristics. Gene editing technologies such as CRISPR allow for specific and targeted changes (deletions, additions) to the genome enabling speedier production of new plant varieties with desired characteristics. Key to CRISPR gene editing in plants is the ability to remove any of the initial genetic engineering machinery by leaving a plant with no foreign DNA.

The lack of clear and consistent global regulatory policies for genome edited plants and their products currently limits their adoption and commercialization. However, there are positive trends with regulatory agencies in the United States of America (e.g., USDA), at the forefront of a new wave of countries, such as Israel, Argentina, and Brazil, that are implementing policies around genome edited plants.

Over the past few years, the United States Department of Agriculture (USDA) has played a major role in spurring innovation in agriculture. In May 2020, USDA revised its biotechnology regulations by promulgating the Sustainable, Ecological, Consistent, Uniform, Responsible, and Efficient (SECURE) rule. Specifically, the SECURE rule establishes exemptions for plants modified by genetic engineering where the modification could otherwise have been made through conventional breeding.

Some modifications to the plant genome made with CRISPR fall under this exemption category and the USDA has accepted that certain genome edited plant varieties that are indistinguishable from varieties that occur in nature or can be produced through conventional breeding, can be exempted, or excluded from the scope of regulations covering genetically modified (GM) plants. These varieties are then treated the same way as the many breeding varieties that are on the market. As such, the USDA has established a clear, predictable, and accessible path towards commercialization and a precedent that other countries are now following.

This critical decision marked an important inflection point for the agriculture industry, spurring forward universities and a number of companies like Yield10 to continue advancing new crop technologies at an optimal pace. A review of the USDA-APHIS (Animal and Plant Health Inspection Service) website shows a significant number of gene edited crops that have already been cleared by the regulatory body, including those from Yield10 Bioscience for increased oil content in Camelina sativa, Calyxt for wheat, Simplot for potato, and Benson Hill and DuPont Pioneer for corn. Gene editing is being widely adopted and deployed by many players in ag innovation.

It’s widely believed that the USDA and its position on genome editing will one day be remembered for paving the way for ground-breaking technologies that will have a very real impact on the availability and quality of food around the world. Increases in crop yield would go beyond just feeding hungry populations in developing nations but would also result in a significantly positive impact on healthcare costs in more developed nations as a result of improving the nutritional profiles of widely consumed oils and food ingredients. As universities and companies continue bringing this vision into focus, we believe the future of agtech and CRISPR-modified crops is very bright.

How CRISPR crops could transform global food productivity and security

As human populations grow and become more prosperous with an increased demand for food and protein, step-change improvements in crop yield could help growers begin to address the challenge of global food security. New technologies such as CRISPR are now being deployed to improve the nutritional profile of some crops, producing higher fiber wheat and healthier oils in the near-term examples, which have the potential to make a dramatic impact in certain regions around the world.

Many in the agriculture industry, including our team at Yield10, believe that CRISPR represents a game-changing technology to increase the yield and nutritional profile of food and feed crops.

This new wave of innovation in agriculture has certainly already begun to capture the interest of the investment community. Perhaps the world will even see the birth of a new ag innovation ecosystem with similar business models to those that have driven such notable success in the biopharmaceutical sector over the last decade.

Simply put, now more than ever, the agricultural and scientific communities appear to be converging on a path forward that will spur innovation and address global food security. At Yield10, we believe that this tide will continue to rise, and if we continue to advance our technology at the current rate, we will ultimately achieve commercial success as a leading innovator in the agriculture industry.

CRISPR genome editing technology and its classification as a molecular breeding tool have the potential to significantly speed the development and commercialization of new traits to commercial row crops and specialty crops alike.

We are leveraging CRISPR genome editing technology to produce better seed, biomass, and oil yield. We have a rich pipeline of traits in development and are constantly evaluating some of our traits accessible through genome editing in field tests and greenhouse studies. We believe that if successfully developed and commercialized, our novel yield traits could make a significant impact on the agricultural industry and enhance global food security.

From 2017 to present, we received non-regulated status from the USDA-APHIS for several genome-edited Camelina plant lines, including E3902, which contains three stacked oil content traits, C3007 Camelina lines, and C3007 Canola lines. We are evaluating these oil content enhancing traits in Camelina and believe they may also have use in canola and soybean.

Using our GRAIN platform, we recently reported the identification of three additional gene targets involved in oil biosynthesis (C3019, C3021, C3022) that are candidates for deployment using CRISPR. Work is already underway to test one of them in Camelina.

Moving forward, we will continue to expand our rich pipeline of traits in development, testing them alone and in combination to identify the most promising yield improving traits for commercialization.